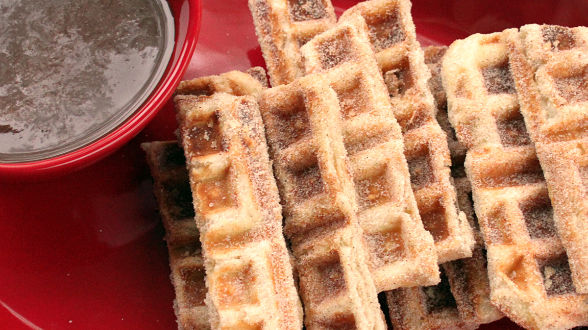 Dust a work surface with a little bit of flour. With a rolling pin, roll each puff pastry sheet out just a little bit to smooth the surface. Cut the puff pastry into quarters that fit into each section of your waffle maker.

In a large bowl, toss the sugar with 1 teaspoon of cinnamon.

To make the chocolate dipper, heat in the cream over medium-high heat until the cream is hot, but not boiling. Whisk in the chocolate chips. Season with cinnamon and ancho chili and salt.

Serve the churros with chocolate sauce alongside for dipping.