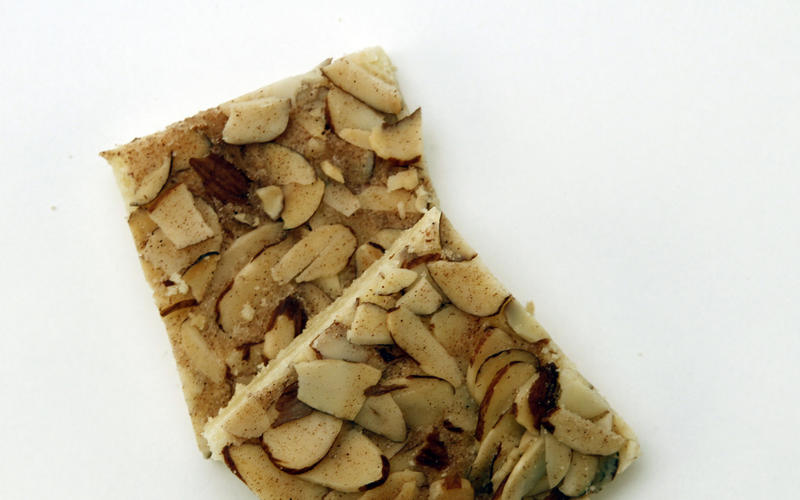 Step 2 In the bowl of a stand mixer using the paddle attachment, or in a large bowl using an electric mixer, beat together the butter and sugar. Beat in the almond extract and egg yolk. Add the flour and mix thoroughly.

Step 3Spread the dough evenly into a 9-by-12-inch baking pan.

Step 4Beat the egg white until frothy, then brush over the dough. Spread the almonds over the top.

Step 6Bake until golden brown on the edges, about 25 minutes. Remove and cool on a rack, then cut into squares.