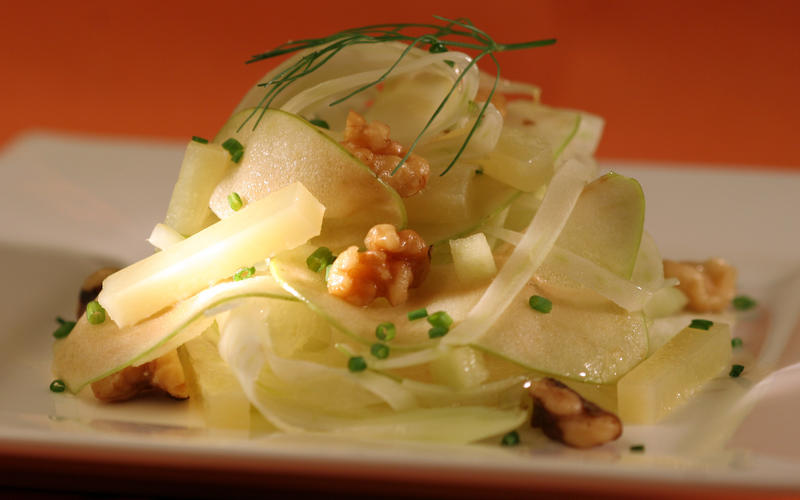 Step 1 In a small bowl, whisk together the olive oil and sherry vinegar. Season with one-eighth teaspoon salt, or to taste. Reserve.

Step 2 Cut the Manchego into batons about 2 inches long by one-fourth-inch thick. Slice the fennel lengthwise very thinly, preferably with a mandolin. Place the Manchego and fennel in a large bowl.

Step 3Core and halve the apple. Cut one-half of the apple into a one-fourth-inch dice. Thinly slice the second half lengthwise, preferably with a mandolin. Add the diced and sliced apple to the bowl, along with the walnuts.

Step 4Gently toss the salad, adding just enough vinaigrette to lightly coat the ingredients. Divide the salad among four plates. Evenly sprinkle the chives over each serving, and garnish each plate with one fennel frond. Serve immediately.