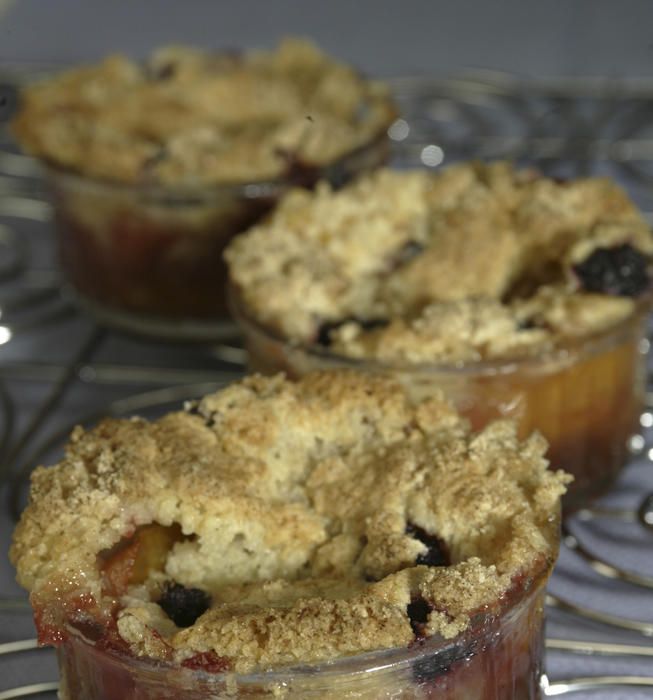 Step 2 In a mixing bowl, combine the apricots, 2 tablespoons sugar, brown sugar, 6 tablespoons flour and the cinnamon. Set aside for 30 minutes.

Step 3In another bowl, combine 1 cup flour, 1 cup sugar, the baking powder and salt. Add the egg and mix with your hands until it resembles coarse meal.

Step 5Cover the fruit with the topping mixture. There may be some left over, depending on how much topping you like on the crisp.

Step 6Drizzle the melted butter over the topping. Place the ramekins on a parchment-lined baking sheet.

Step 7Bake about 55 minutes, until golden brown and bubbly. Serve with ice cream or with whipped cream and creme fraiche whisked together, if desired.