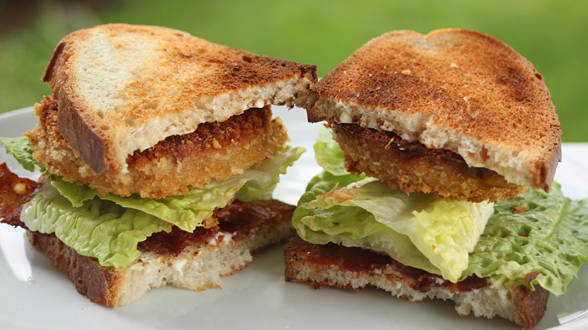 
Arrange the bacon on a broiler pan and bake until crisp, 15-18 minutes. Place the bread on a rack-lined baking sheet and toast to light golden.

Make the aioli: Using a food processor, mix the egg yolk, tarragon, garlic, mustard and lemon juice; season with sea salt. Slowly stream in the grapeseed oil until the sauce is thick and emulsified.

Slather the toast with the aioli. Layer the sandwich with the bacon, lettuce and fried green tomatoes (FGTs). Cut and serve.