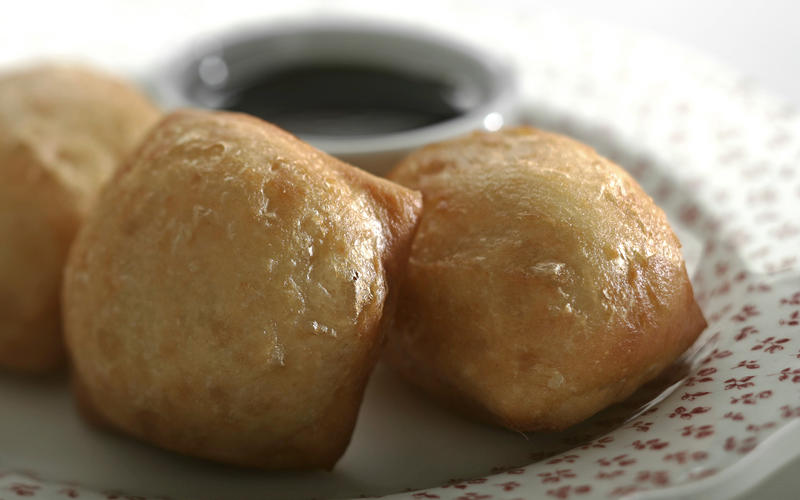 Step 3Add the yeast mixture and the shortening. Add the flour, stirring until the mixture is stiff.

Step 4Remove the dough to a floured work surface and knead as you would bread, until a rough ball can be formed.

Step 5Grease a heat-proof bowl or kettle with the softened butter. Place the dough in the bowl and cover with plastic. Store in a warm place until the dough doubles in size, about 1 hour.

Step 6Roll the dough out with a rolling pin to a thickness of one-half inch, then cut into 2-inch squares. Place on a cookie sheet and cover with plastic. Set aside for 15 minutes.

Step 7Pour the oil into a cast-iron Dutch oven or other deep, heavy-bottomed pot until it reaches a depth of 3 to 4 inches. Heat the oil to 360 degrees. Fry each square for 1 to 2 minutes per side or until golden on both sides. Remove with a slotted spoon to dry on wire racks.

Step 8Serve with a dunking bowl of warm milk topped with a pat of butter, or maybe a bowl of maple syrup heated until warm.