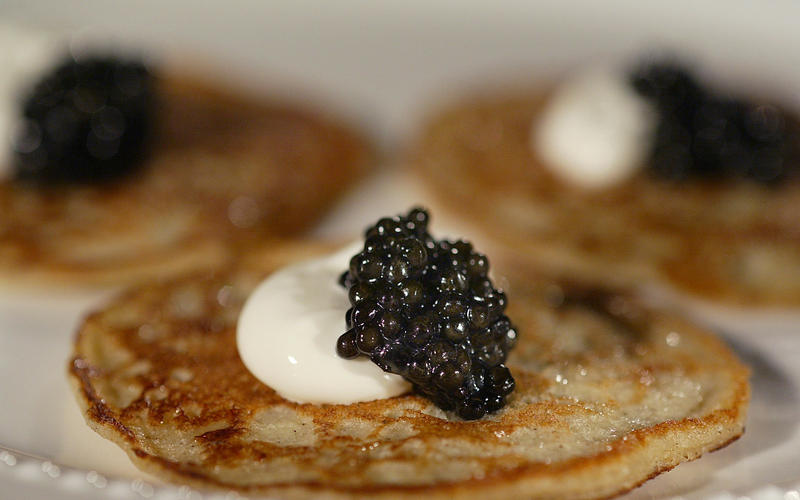 Step 1 Heat the milk to a simmer. Remove it from the heat and stir in the sugar and salt. Cool to lukewarm.

Step 2 Sprinkle the yeast over the water and stir until it is completely dissolved. Let the mixture stand until the yeast begins to bubble. Stir the yeast mixture into the warm milk mixture.

Step 3Combine the flour and buckwheat flour in a large mixing bowl. Stir the yeast-milk mixture into the flours and whisk just until smooth. Cover and let the sponge rest about 1 hour or until the batter doubles in volume.

Step 4Stir down the batter and beat in the egg yolks, butter and sour cream.

Step 5Beat the egg whites until stiff but not dry. Fold into the batter just until well-mixed.

Step 6Heat a large nonstick skillet over medium heat until hot. Brush with the clarified butter. Spoon a scant tablespoon of batter for each blini into the skillet. Fry the blini 3 or 4 at a time. Cook until golden on the bottom and set, about 1 minute, then turn and cook until the other side turns golden, about 1 to 2 more minutes.