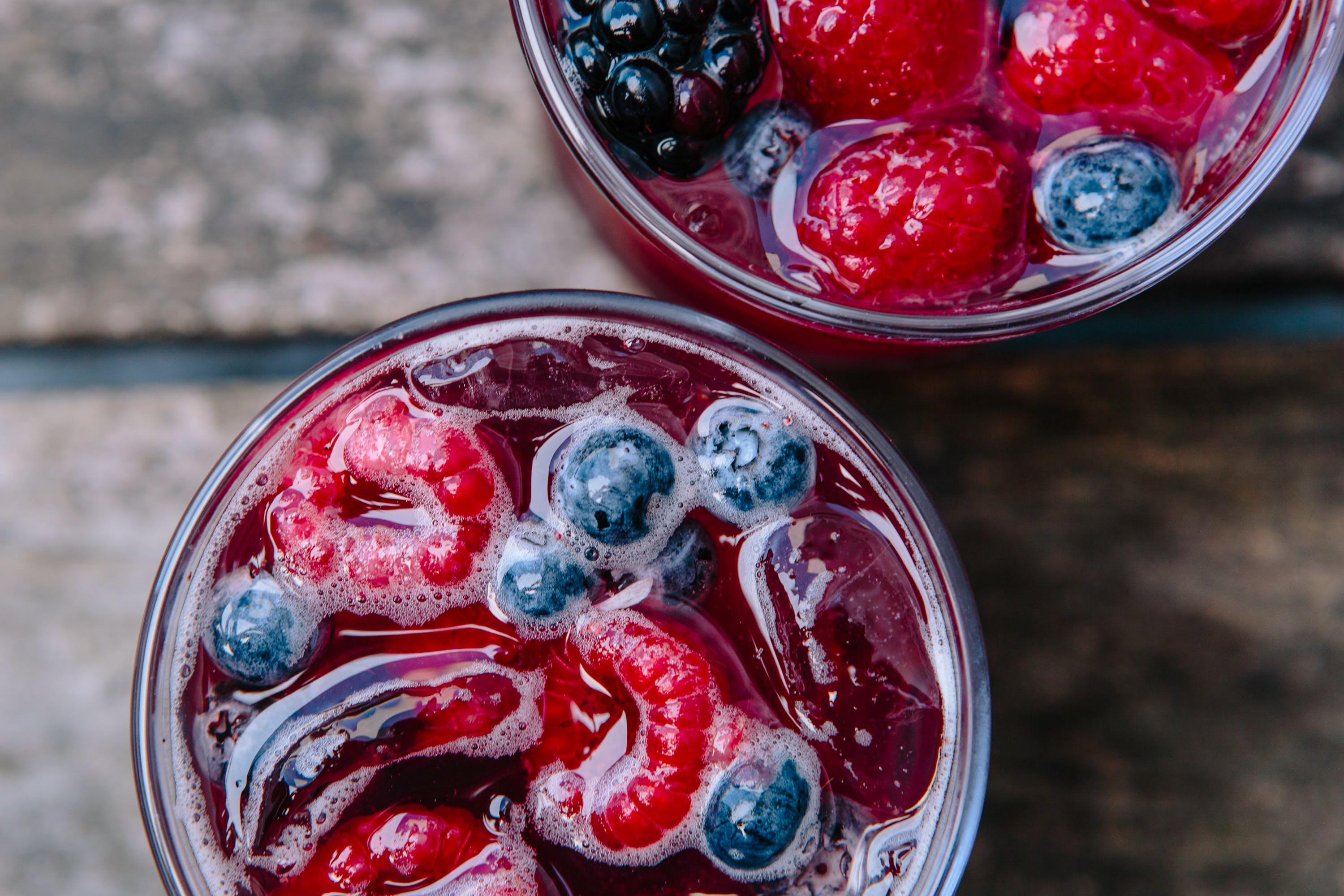 In a small saucepan, bring all of the honey, water, and cinnamon for the syrup to a simmer. Lower the heat and simmer for 5 minutes. Remove from heat and cool before using in your cocktail. To cool the syrup more quickly, pour it through a sieve with ice cubes in it. You can refrigerate any leftovers for up to 4 weeks. (It's excellent on pancakes and waffles, too!)

To make the cocktail, combine the bourbon, apple brandy, Cinnamon Honey Syrup, lemon juice and bitters in a cocktail shaker filled with ice. Shake until well chilled. Strain into two ice-filled glasses and top with diced red and green (or yellow) apples.