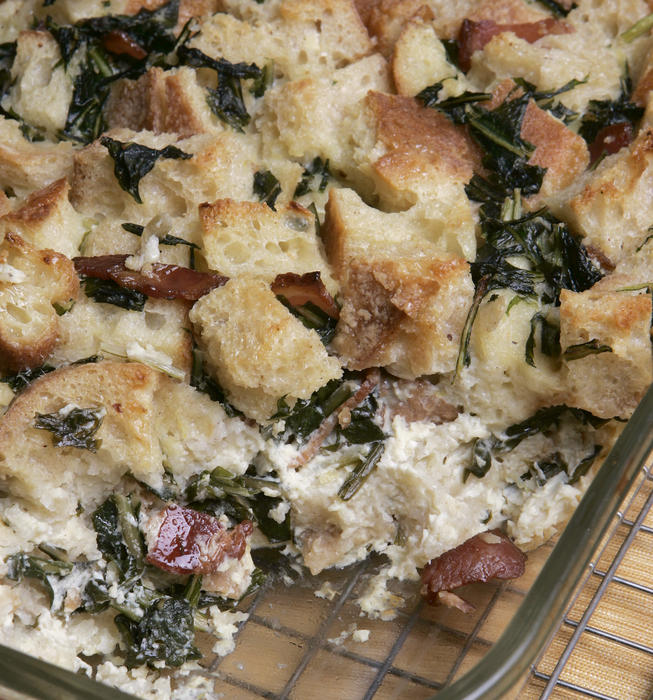 Step 1 Heat the oven to 375 degrees and butter a 9-by-13-inch baking dish. In a medium saucepan, combine the milk, garlic and black pepper. Heat over high heat until just before the milk reaches a simmer. Remove from the heat and allow to cool.

Step 2 Cook the bacon in a large skillet over low heat, stirring occasionally, until crisp. When the bacon is cooked, keep the pan on the heat and add the olive oil, dandelion greens and shallot. Stir until the greens are wilted, about 1 minute. Remove the pan from the heat and set aside.

Step 3In a large bowl, whisk the eggs. Add the cooled milk and the goat cheese and whisk until combined. Stir in the bread, dandelion green mixture and lemon zest and mix until combined. Pour the mixture into the baking dish, pressing down to make sure the bread is submerged. Let the mixture sit for about 15 minutes so that the bread absorbs the liquid.

Step 4Bake for 35 minutes, until golden brown, rotating once for even cooking. Serve immediately.