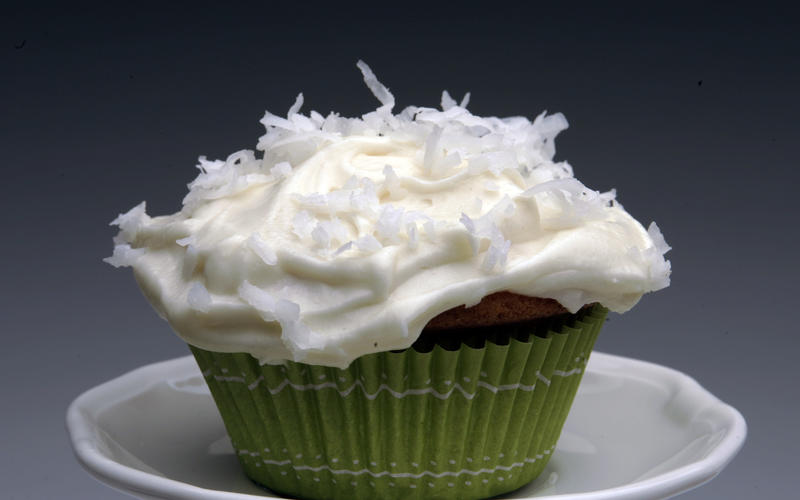 Step 1 Heat the oven to 350 degrees. In a medium bowl, sift together the flours, baking powder, baking soda and salt.

Step 2 In the bowl of a stand mixer using the paddle attachment, or in a large bowl using a hand mixer, cream together the butter and sugar at medium speed until the mixture is light and airy, about 5 minutes. Scrape the sides as needed for even mixing.

Step 3With the mixer running, mix in the whole eggs, then the yolks, one at a time, until fully incorporated. Mix in the vanilla until just combined.

Step 4Mix in the combined dry ingredients and sour cream, alternating between the two (one-third of the dry, then half of the sour cream, in stages) until both are thoroughly combined, being careful not to over-beat.

Step 5Evenly spoon the batter into 20 lined cupcake pans; the batter should fill each liner two-thirds to three-fourths full. Bake the cupcakes, one pan at a time and in the center of the oven, until the cupcakes have risen and a toothpick inserted into the center comes out clean, 15 to 20 minutes. Rotate the pan halfway through for even baking.

Step 6Remove the pan to a rack to cool before frosting the cupcakes. The cupcakes are best eaten the same day they are made.