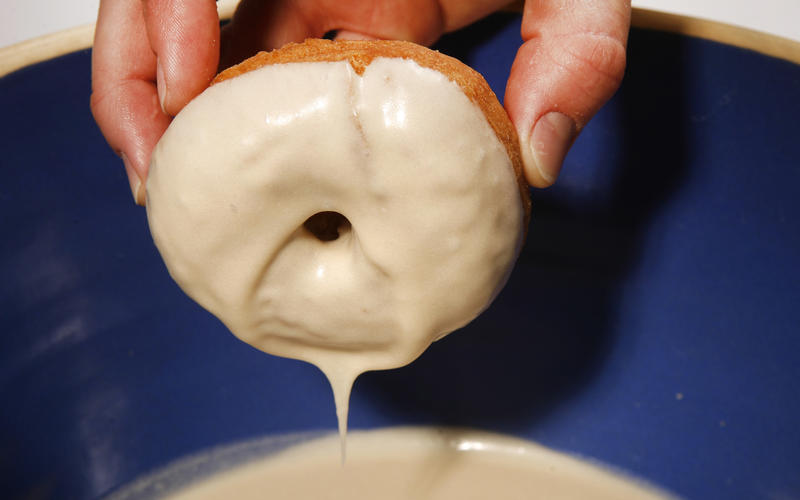 Step 2 In the bowl of a stand mixer, or in a large bowl using a hand mixer, beat together the eggs and egg yolk with the sugar and vanilla until light and fluffy, 2 to 3 minutes.

Step 3In a large measuring cup, stir together the buttermilk and butter.

Step 4Alternately beat the dry ingredients and buttermilk mixture into the egg mixture, one-third at a time, until all of the ingredients are combined and a dough is formed. It will be soft and sticky.

Step 5With floured hands, remove the dough to a floured board and gently roll out until the dough is one-half inch thick. Using a doughnut cutter, or 2 biscuit cutters (a larger one measuring 3 to 3 1/2 inches in diameter, and a smaller one measuring about 1 inch in diameter), cut the dough into doughnuts, spacing the doughnuts as close as possible. Collect the scraps and roll out to form another batch of doughnuts (note that this batch may be a little tougher than the first as the dough has been worked).

Step 6Meanwhile, fill a deep fryer with oil, or a large pot to a depth of at least 3 inches, with oil, and heat to a temperature of 350 degrees.

Step 8Drain the donuts on a rack and cool slightly, then frost and decorate as desired.