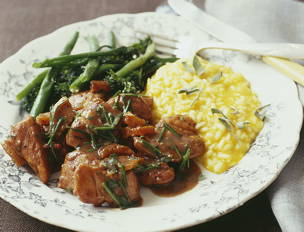 In a large saucepan, bring the chicken broth and one cup water to a boil over medium-high heat, then turn the heat to low.