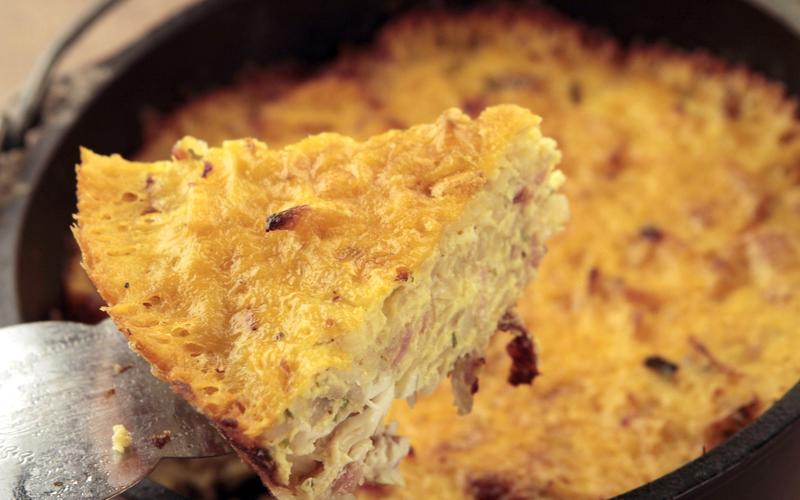 Step 1 Prepare 18 coals without starter fluid in a chimney starter until they are hot enough to have formed a thin coating of white ash over the surface of each coal. Alternatively, the frittata can be cooked in a large cast iron or oven-proof nonstick skillet and baked in a conventional oven heated to 375 degrees.

Step 2 Place a 2-quart (8-inch) Dutch oven over a hot bed of coals, and fry the bacon until the fat is rendered and the bacon begins to crisp, 6 to 8 minutes. Stir in the sliced onion and continue to cook, stirring frequently, until the onion is softened and beginning to color, an additional 6 minutes or so. Stir in the potato and cook 1 to 2 minutes to warm through.

Step 3In a separate bowl, beat together the eggs, half-and-half and chives, seasoning with one-fourth teaspoon salt and one-half teaspoon pepper.

Step 5When the eggs are ready, scatter over the cheese, cover and cook until the cheese is melted, 2 to 3 minutes more. Serve immediately.