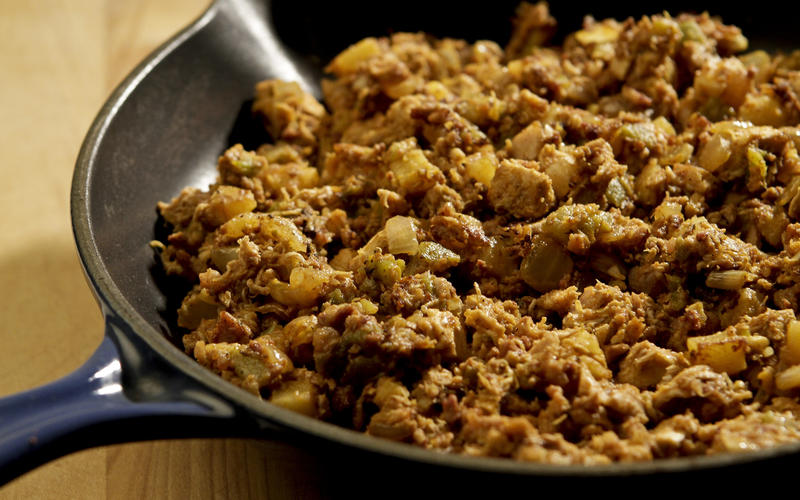 Step 1 Melt 1 tablespoon butter in a large skillet, preferably cast iron, over medium heat. Add the onion and garlic and cook, stirring occasionally, until the onion is soft and slightly browned, about 5 minutes. Add the chorizo and chicken, and cook until the chicken is almost warmed through, about 4 minutes. Season to taste with salt and pepper. Remove the mixture from the pan and set aside.

Step 2 Wipe out the skillet and heat the remaining butter over medium heat. Add the potatoes, cover and cook without stirring until browned and beginning to crisp around the edges, about 5 minutes. Add the chiles, stirring them into the potatoes, then re-cover and cook until the potatoes are well browned, about 4 minutes longer. Stir the chicken and chorizo mixture into the skillet, then drizzle over the cream, paprika, and oregano. Stir to combine, scraping up any crusty bits from the bottom of the pan. Remove from heat, season with additional salt and pepper to taste. Top with chopped green onions and serve.