Cucumber and yogurt soup with barley 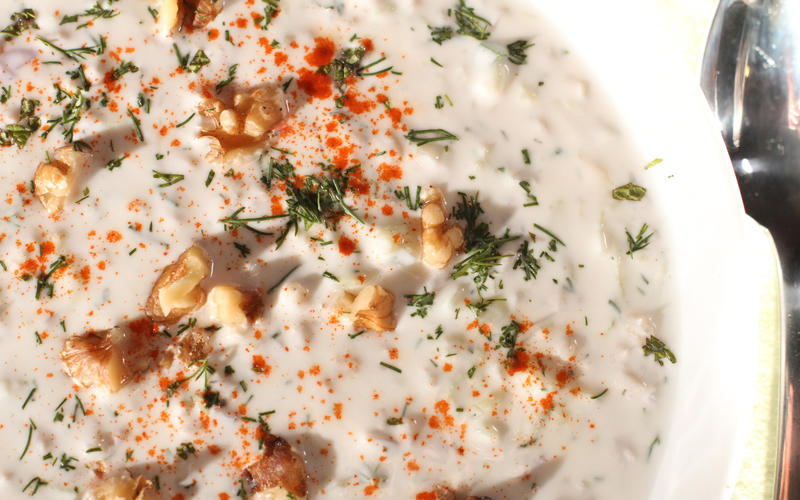 Step 1 Cook the barley: Toast it in a dry 1-quart saucepan over medium heat until it smells browned. Remove the pan from the heat to avoid spattering and add the water and 1/2 teaspoon salt. Simmer until tender, about 35 minutes. Drain and cool to room temperature.

Step 2 If the cucumbers have been waxed, peel them. Cut the cucumbers in half lengthwise and scrape the center with a spoon to remove the seeds. Grate the cucumber into a large bowl and add the garlic, jalapeno, red onion, 2 teaspoons mint and 2 tablespoons dill. Add the yogurt and cooked barley, season aggressively with salt, and chill for a couple of hours.

Step 3To serve, add just enough milk to thin to the consistency of heavy cream (the cucumber will release some liquid, and the barley will absorb some, so the amount might vary). Add more salt to taste. Divide the soup among 6 chilled soup bowls. Top with the remaining 1 teaspoon mint, 2 teaspoons dill, a sprinkling of chopped walnuts and a dash of paprika.