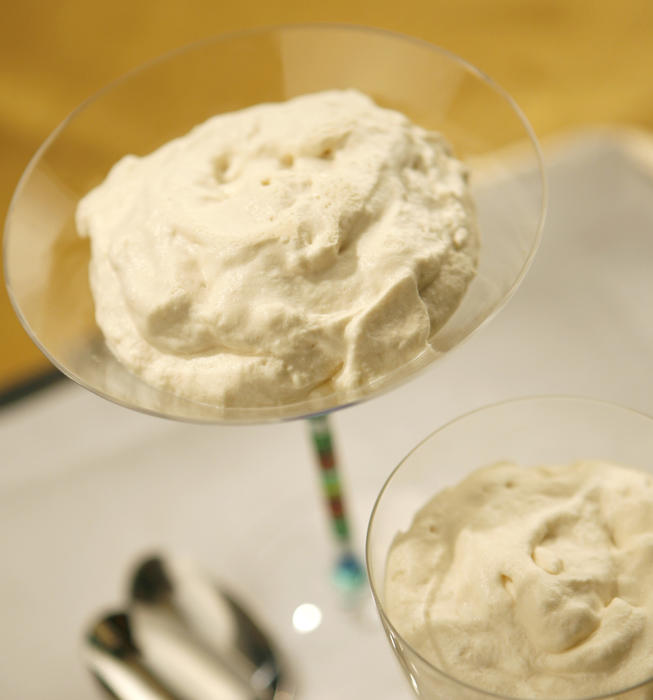 Step 1 Pour the maple syrup into a deep 1-quart pan and set over medium heat. Bring the syrup to a boil, then lower the heat and simmer. Watch the syrup closely. When a thermometer reads 260 degrees (or when the syrup forms a thread when dropped from a spoon) -- this should take about 20 minutes -- immediately remove the pan from the heat. When the syrup is almost to temperature put the egg whites in a mixing bowl (if using a handheld mixer) or the bowl of a standing electric mixer with the salt. Beat until they form firm peaks, about a minute. With the mixer going, pour the hot syrup in a thin, steady stream into the whites.

Step 2 Pour the cream into a separate bowl, preferably over a panful of ice to get greater volume, and beat until soft mounds form. Fold the beaten cream into the maple-egg mixture, turn into a serving bowl or individual sherbet glasses, and freeze for 2 hours before serving.