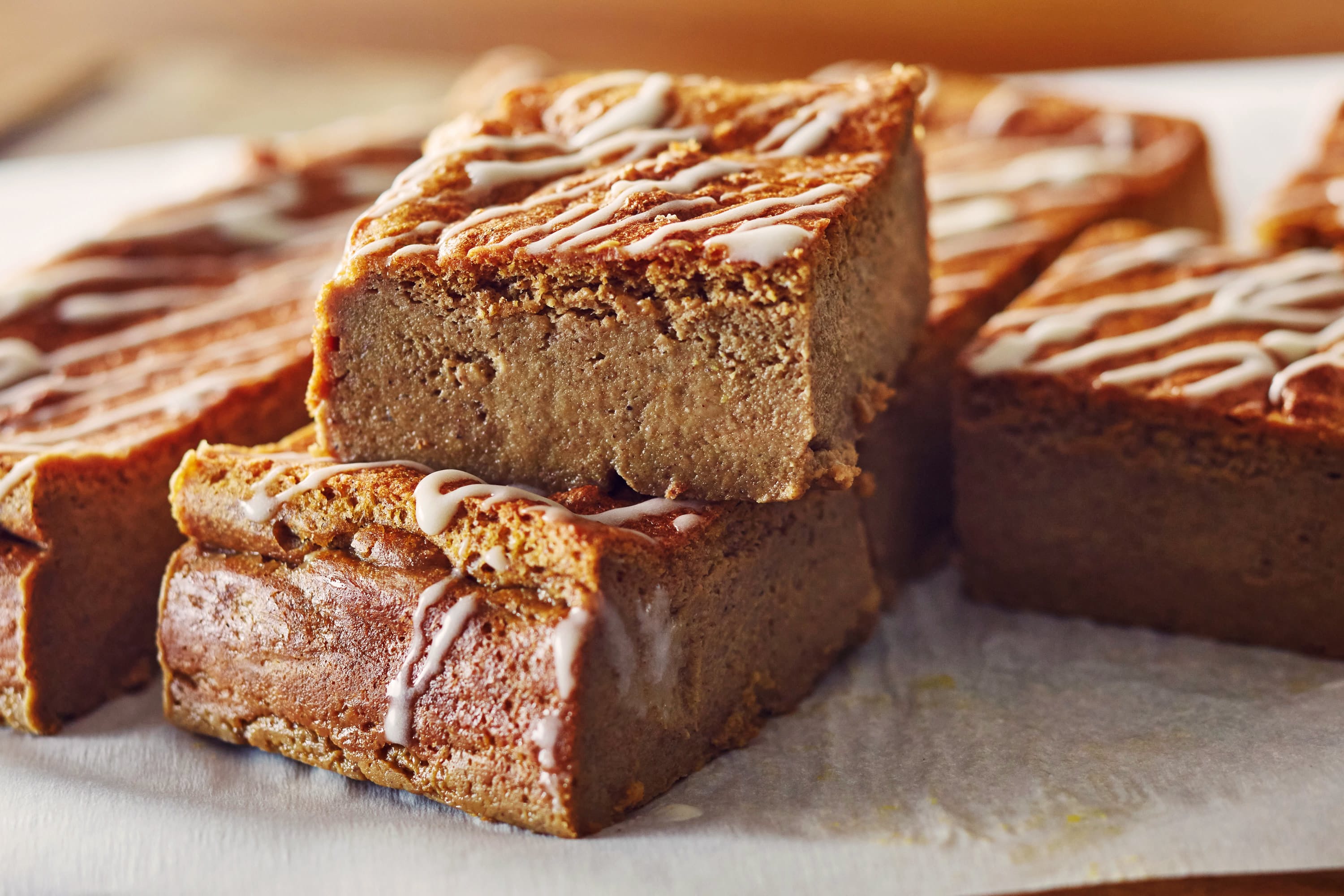 For the icing:
1/2 cup powdered sugar
2 to 3 teaspoons heavy cream or whole milk

Make the cake: Arrange a rack in the middle of the oven and heat to 325°F. Coat an 8-inch square pan that is 2 inches deep with cooking spray. Cut 2 (8- by 12- to 16-inch) sheets of parchment paper. Press one sheet into the pan, leaving an overhang of at least 2 inches on either side. Press the second piece across the first, leaving overhangs on the other sides. These will be your "handles" when you take the cake out of the pan; set aside.

In a stand mixer fitted with a whisk attachment, or in a large bowl using a handheld electric mixer or a whisk (and plenty of arm power), beat the egg yolks, granulated sugar, and brown sugar on medium-high speed until the mixture is a very pale yellow, 6 to 7 minutes. Do not undermix.

While keeping the speed at medium, drizzle in the melted butter and beat until well incorporated. Stop the mixer and scrape down the bottom and sides of the bowl.

Add the flour, cinnamon, ginger, allspice, cloves, nutmeg, and salt and mix on low speed until fully combined, stopping the mixer and scraping down the bottom and sides of the bowl as needed. Add the pumpkin and mix at medium speed until incorporated. Add the cream, milk, and vanilla and mix just until incorporated, starting at low speed and gradually increasing to medium speed.

Fit a fine-mesh sieve over a large bowl. Strain the batter through it, using the back of the spoon to help push it through; set aside.

If you are using a handheld mixer or whisk, place the egg whites into a large clean, dry mixing bowl. If you are using a stand mixer, wash and dry the stand mixer bowl, fit the mixer with a clean whisk attachment, and place the whites into it. Whisk on low speed until foam begins to form, then increase the speed to high and whisk until the egg whites hold stiff peaks, about 2 minutes.

Add the whipped egg whites to the pumpkin batter and stir gently with a large spoon, maki