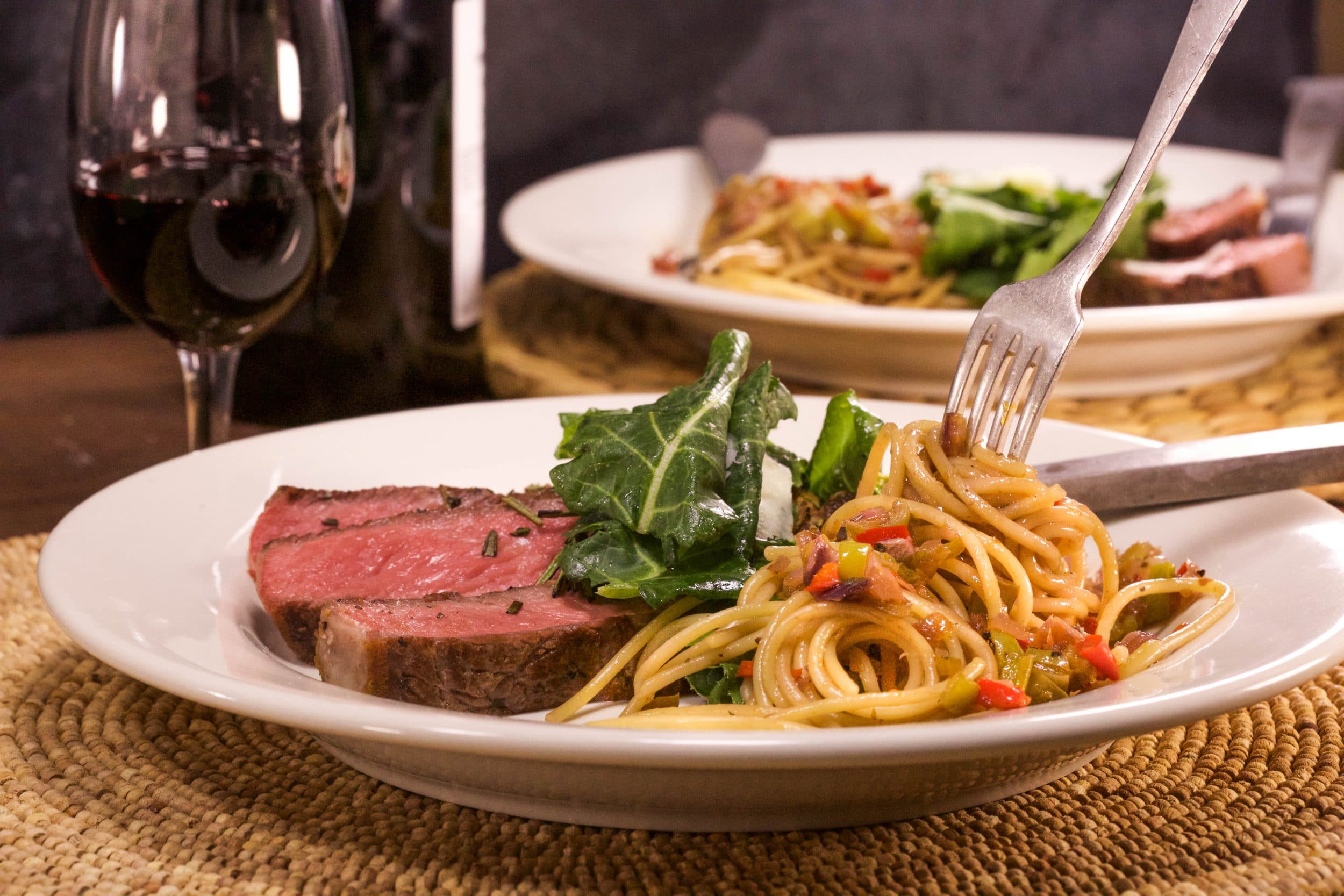 Preheat the oven to 350°F. Bring a large pot of water to a boil for the spaghetti.

Heat a medium cast-iron skillet over medium-high. Coat the steaks with a fat drizzle of olive oil, sprinkle with the rosemary and a third of the garlic, and season with kosher salt and coarsely ground black pepper. Add the steaks to the skillet and cook until browned, about 3-4 minutes per side. Using tongs, tilt the steak to brown the edges. Transfer the skillet to the oven and roast until an instant-read thermometer inserted into the center of the steaks registers 135°F, about 10 to 12 minutes. Let rest on a carving board.

Meanwhile, in a large skillet, heat 2 tablespoons oil, two turns of the pan, over medium-high. Add the peppers, chiles, onions, oregano and the remaining garlic; season. Cook, stirring often, until vegetables are softened, about 5-7 minutes. Add the tomato paste and cook, stirring constantly, until dark red, about 1 minute. Add the wine and stir constantly until evaporated, about 1 minute. Add the stock to the sauce and simmer, stirring often, until reduced by half, about 8 minutes. Reduce the heat to low.

Salt the boiling water, add the spaghetti and cook to al dente. Add half a mug of the starchy cooking water to the sauce then drain the spaghetti. Add the pasta, grated cheese and parsley to the skillet with the sauce and toss to coat. Drizzle with EVOO.

Slice the steaks into 1/4-inch thick slices and divide among 4 plates. Top steak with some greens and the shaved cheese; douse with lemon juice. Serve the spaghetti alongside the sliced steak or in separate small shallow bowls.