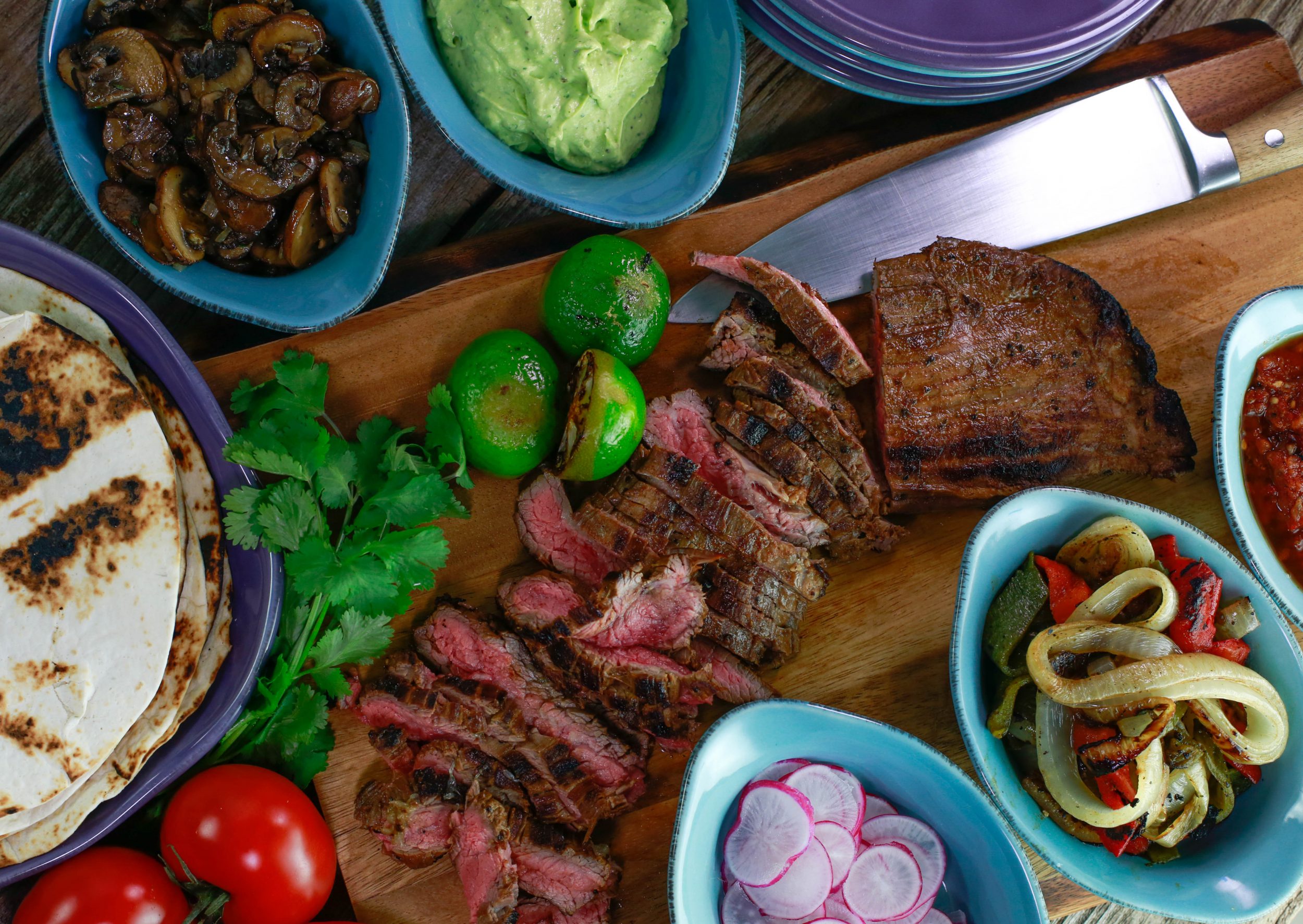 Preheat broiler. Arrange tomatoes, onions and red jalapeño on a baking sheet and spray onions with a little cooking spray. Char and blister tomatoes, pepper and onions on all sides then remove from oven and cool. Leave broiler on for poblano and bell peppers.

Toast dry peppers in small skillet over medium-high heat. Add stock, lower heat and simmer until peppers are softened and plump. Place in a food processor and add the charred tomatoes and onions, peeled red jalapeño, the sherry vinegar, salt and pepper. Set sauce aside while you prepare the fajitas.

Heat a cast-iron skillet, grill or griddle over medium-high heat. Cook steak about 10 minutes turning once. Grill 2 cut limes for 3-4 minutes. Let the meat rest then thinly slice against the grain and douse with juice of 1 grilled lime.

Sauté mushrooms in a little oil, 2 turns of the pan, until brown over medium-high heat. Season with salt, pepper and thyme, and deglaze with remaining 1/4cup sherry; transfer to a serving dish.

Char tortillas over open flame or in a hot, dry skillet.

In a food processor, whiz up the avocado with the cilantro, crema and the juice of remaining lime.

Serve tortillas, sliced steak, tomato sauce, peppers, onions and crema, and have everyone build their own fajitas.