The Foundry on Melrose chopped salad 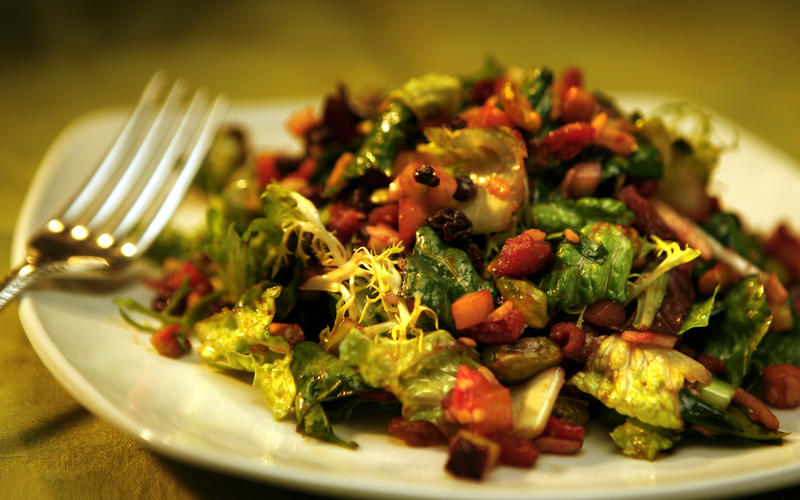 Step 1 Heat the oven to 250 degrees. Peel, seed and cut the tomatoes into quarters. Toss them with 3 tablespoons olive oil and sprinkle lightly with salt, about 1 teaspoon. Arrange the tomatoes on a rack on a baking sheet and bake until dried, 2 1/2 to 3 hours. Remove the tomatoes from the oven and allow to cool on the rack. Dice the cooled tomatoes into one-fourth-inch pieces. You should have about 6 tablespoons.

Step 2 Heat the oven to 350 degrees. Roast the squash and beets in a small baking pan just until tender, about 12 minutes. Remove from the oven and allow to cool, but leave the oven on at 350 degrees to toast the pistachios.

Step 3Toast the pistachios on a baking sheet 5 to 7 minutes until lightly toasted, then remove from the oven and allow to cool.

Step 5In a small bowl, whisk together the balsamic vinegar and the remaining 3 tablespoons olive oil until blended. Stir in the raisins. Drizzle enough dressing over the salad to coat, and sprinkle over a dash of salt. Toss to combine. Serve immediately.