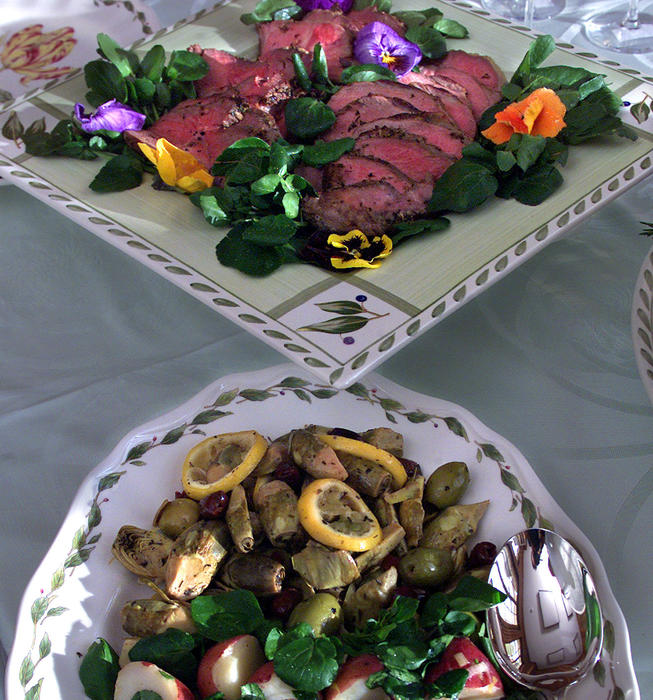 Step 2 Cut the leeks in half lengthwise and wash thoroughly. Place them in a medium roasting pan and drizzle with 1 tablespoon of olive oil. Sprinkle with salt and pepper. Roast the leeks until they are tender and slightly charred, about 30 minutes.

Step 3While the leeks are roasting, steam the potatoes until they are tender, about 25 minutes.

Step 4Separate the leaves and tender stems of the watercress and place in a large bowl. When the leeks are done, slice them thinly and place them in the bowl with the watercress.

Step 5Combine the Dijon and Sherry vinegar in a small bowl. Slowly whisk in the remaining oil and season with salt and pepper. Set aside.

Step 6When the potatoes are cool enough to handle, cut them in half and toss them with the watercress and leeks. Drizzle the vinaigrette over and toss to combine.